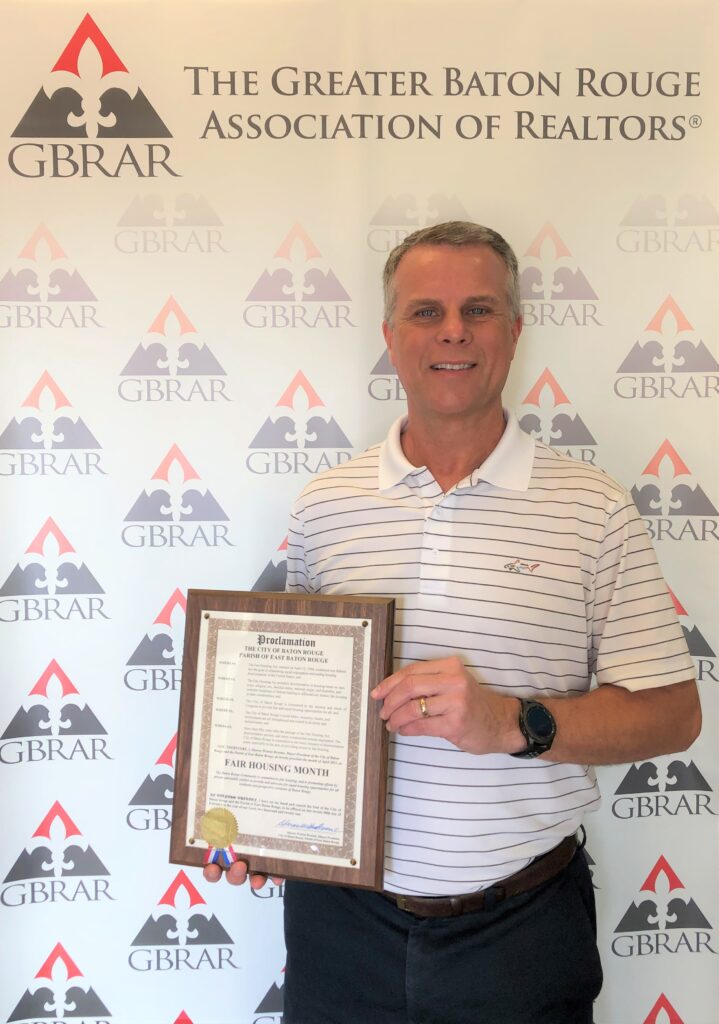 As outspoken supporters for fair housing issues and homeownership, the Greater Baton Rouge Association of REALTORS® joins the nation as it honors Fair Housing Month this April. Since 1908 Realtors® have promoted and protected the dream of property ownership for millions of Americans.

This year is the 53rd anniversary of the landmark 1968 Fair Housing Act, which prohibits discrimination based on race, color, national origin, religion, sex, familial status or disability. REALTORS® are proud to abide by the Realtors® Code of Ethics – which goes even further than the Fair Housing Act in providing comprehensive protections to consumers, including sexual orientation and gender identity as a protected class.

As leading advocates for homeownership, REALTORS® strive to promote inclusion, diversity, and fairness in today’s housing industry. We work hard to build communities and an environment where everyone can choose where they want to live. It is important to take time to recognize Fair Housing Month in order to promote awareness about fair housing laws, reflect on what has been done to wipe out housing discrimination, and consider what more needs to be accomplished.

WHEREAS      The Fair Housing Act, enacted on April 11, 1968, enshrined into federal law the goal of eliminating racial segregation and ending housing discrimination in the United States; and

WHEREAS      The Fair Housing Act prohibits discrimination in housing based on race, color, religion, sex, familial status, national origin, and disability, and commits recipients of federal funding to affirmatively further fair housing in their communities; and

WHEREAS      The City of Baton Rouge is committed to the mission and intent of Congress to provide fair and equal housing opportunities for all; and

WHEREAS      The City of Baton Rouge’s social fabric, economy, health, and environment are strengthened and rooted in diversity and inclusiveness; and

WHEREAS      More than fifty years after the passage of the Fair Housing Act, discrimination persists, and many communities remain segregated. The City of Baton Rouge is committed to see every instance of discrimination cease, especially in the area of providing access to fair housing.

NOW THEREFORE, I, Sharon Weston Broome, Mayor-President of the City of Baton Rouge and the Parish of East Baton Rouge, do hereby proclaim the month of April, 2021 as

The Baton Rouge Community is committed to fair housing, and to promoting efforts by private and public entities to provide and advocate for equal housing opportunities for all residents and prospective residents of Baton Rouge.